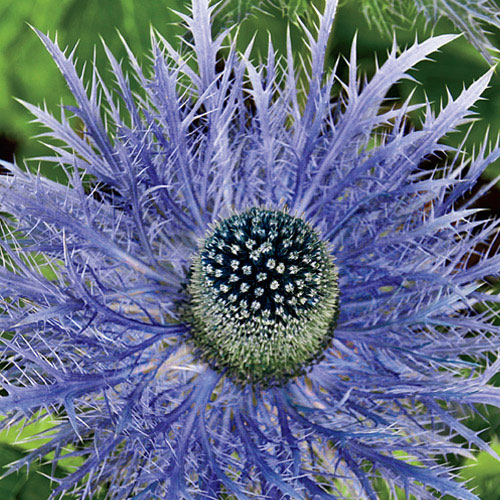 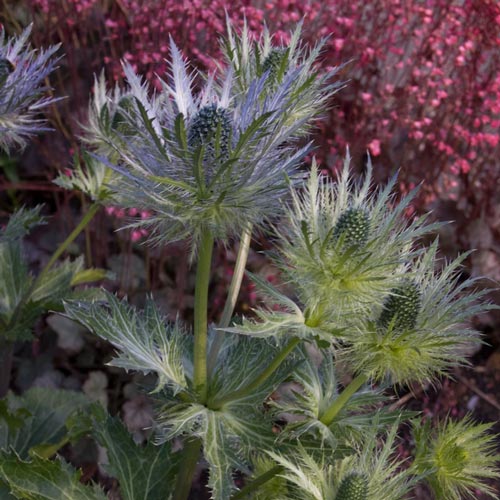 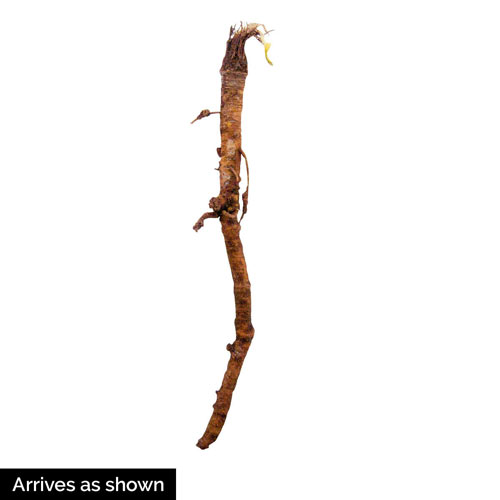 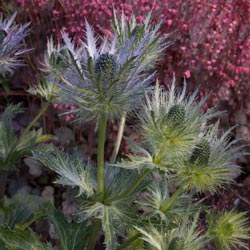 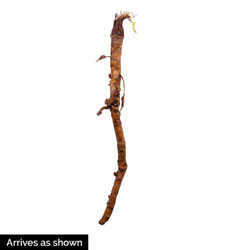 Great solution for hard-to-grow spots!
Attractive, blue-gray foliage and interesting blue sea holly flowers make excellent additions to your garden or fresh or dried bouquets. Best of all, this hardy perennial thrives in dry, sandy, sunny areas! Largely native to Europe, the blue sea holly plant can grow from 18 to 36 inches tall, with as wide as a one-foot spread. Expect vibrant silver, green, blue, white or violet colors as this plant blossoms through summer into fall. The blue sea holly plant is also extremely tolerant and can survive a variety of more extreme climate conditions, such as drought, stronger winds, sandy soil or salt sprays. Just make sure to deadhead the blossoms after they've finished blooming so new buds can take their place. Want to fill your garden with this beautiful flower? Order your blue sea holly plant now!
We ship this item in Spring. Cannot ship to: AE AK GU HI PR

We ship this item in Spring

Price1 for $5.99
* Your final payment amount will be calculated at the time of checkout.

How to plant a blue sea holly:

Sea holly are exceptionally tolerant and low-care plants with great disease resistance. As long as you choose a location to their liking, you're destined for success. Your blue sea holly will arrive as a bare root plant and should be planted in the spring, in a sunny spot with normal or sandy soil. Dig a hole large enough to accommodate the roots of your sea holly without bending them. Plant so that the crown, where the stems meet the roots, is just an inch or two below the soil. Mix a bit of bone meal or sand with the soil if you're concerned about drainage. Then, backfill firmly over the sea holly plant—you won't want these tall and spiny perennials to tip over—and water in well.

After planting, blue sea holly are extremely easy to care for. They don't require pruning, but you may wish to deadhead the plants after their flowers are spent. Fertilization is not typically required; we actually advise against fertilizing, as too rich of soil can cause them to droop or be leggy. Water your blue sea holly regularly for the first year of its life, but don't worry about an established plant except in the case of true drought. Sea holly doesn't mind dry conditions!

Where should you plant your blue sea holly? It's a major decision, as sea holly plants don't like to be moved. Sea holly prefers sandy soil that drains well, they appreciate sunny locations, and they don't like wet spots. Avoid places where water pools, and consider using blue sea holly to occupy dry spots where other plants may not thrive. If you have a barren patch of garden bed, or an overly-sunny spot by the patio, blue sea holly will fill in beautifully.

Blue sea holly looks simply gorgeous alongside wildflowers and other heat-tolerant perennials, and its stance of up to a foot of width means it's a great naturalizer. Even though this perennial hails from Europe, it fits right in with native specimens. The characteristic we love about blue sea holly—its height—can also be its downfall. Plant upright companions, such as rudbeckia or yarrow, near your sea holly to help support it.

How often should I cut back my blue sea holly plant?

You don't need to cut back sea holly in autumn, as its evergreen leaves will add interest to the garden through the winter. However, pinching or cutting off spent flowers through the growing season will encourage additional blooming.

Can I propagate cuttings from my blue seed holly plant?

Because sea holly have a taproot—one large, central root from which other roots grow out laterally—you can't propagate sea holly from stem cuttings. In order to propagate blue sea holly, you'll need to propagate from the root. In autumn, dig up the sea holly you wish to split, and cut away thick-ish sections of the roots: choose roots that are about the thickness of a pencil. Don't take too much; we recommend cutting no more than one-third of the sea holly's total root mass.

Replant the parent clump immediately, and plant the individual root sections in a container in compost or well-drained soil. Make sure that the cut end of each root section is facing up, and covered with soil but just barely below the surface.

Keep your sea holly container in a sheltered area over the winter. In spring, the root segments will take off, growing new roots and green shoots. After all the threat of frost has passed, transplant your new sea holly into the garden, and like the parent plant, be sure to water them regularly for the first growing season.

Does the blue sea holly plant die back during winter?

Blue sea holly does not die back during winter in most locations, although its leaves can be burnt by extreme cold. Pinch back your blue sea holly's flowers at the end of the growing season, but leave the foliage behind. In any zone 2 or above, blue sea holly will remain evergreen all through the winter, adding an intriguing, spiky look to your landscape.

Plants, fertilizer and other supplies* will be shipped at the proper planting time for your area of the country during the shipping timeframes outlined below.


*Fertilizer and other supplies ordered apart from plant orders are typically shipped within 5 business days.

We aim for your order to be in your hands at the ideal time to plant, every time. Our growers must anticipate their supply based on the season they expect. Our experts predict weather patterns as best they can to set suitable shipping windows for each growing zone. However, as any gardener knows, nature is not so predictable. The type of product you order, along with the weather in your area or ours, may affect the anticipated shipping schedule.

Based on the contents of your order, we always strive to ship the order complete and as early as possible. However, sometimes this may result in a delay of some items that are ready before others. Our customers have suggested that they would rather wait to receive their order as complete as possible. If you would like to receive part of your order ahead of time, please reach out to our customer service department and we can accommodate. Orders with large items may be shipped in more than one package. There is no extra charge if your order requires more than one package.

Bareroot perennials, trees and shrubs are kept in the nursery row until fully dormant. This promotes optimum transit conditions and provides your new plant with the best opportunity for success in your garden.

Trees and other oversize items cannot be shipped to PO boxes.

At any time after you place your order you can check your order status on our website using your email or the account number found in your order confirmation email.

Please note that we cannot ship outside of the 48 contiguous states.