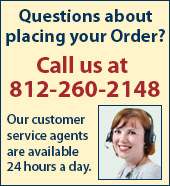 If you are looking for a beautiful, colorful, heart-shaped flower for your shade garden, bleeding hearts (Dicentra) is a great choice. Browse our bleeding hearts for sale below.

Order with complete confidence. We select and ship only the finest quality bulbs, plants, and trees. We pack them carefully to ensure they arrive safely. If you are not pleased with your purchase, please call us at (812)-260-2148 or email at service@michiganbulb.com and our Customer Service representatives will be happy to help you obtain a merchandise credit. Your order is important to us, and we want you, our customer, to be completely satisfied.

A member of the poppy family, bleeding hearts flowers are easy to care for. These dicentra are deer resistant, and require little to no pruning. If the weather stays cool, these shade perennials will stay in bloom longer, as long as the soil is kept damp. Bleeding hearts have a medium growth rate, so you can expect to see blooms popping up in the mid to late spring about 2 months after planting. Dicentra are great for beginner gardeners due to their low-maintenance. If you're new to gardening, check out our tips for foolproof gardening . Take home bleeding hearts today, and be sure to browse our other shade perennial plants for sale.

When Do Bleeding Hearts Bloom?

These plants typically bloom in the spring and will continue to flower into the summertime. Maintain your bleeding heart plants by deadheading them after blooming, as this will encourage reblooming and new growth.

When To Divide Bleeding Hearts:

Bleeding hearts are wonderful flowers for beginners, in part because they're so easy to divide. These clumping perennials can be divided in fall, after blooming, but with plenty of time before the first frost. They can also be divided in spring, once the first green shoots emerge from the ground. Bleeding hearts should be divided either before flowering, or once flowering is complete.In order to divide your bleeding hearts, lift the root clump from the ground using a spade, then divide the clump into pieces, making sure that each piece has plenty of root and stem. Replant in new locations, and water in your newly-divided bleeding hearts well.

In addition to propagation by division, these plants can also be propagated by cuttings, but know that it can take up to three weeks before rooting occurs.

How Much Sun Do Bleeding Hearts Need?

Bleeding Hearts do not require much sunlight, and do best in partial shade. Try placing them in a location with afternoon shade, so that the plants don't experience the highest heat of the day. If possible, plant bleeding hearts near a deciduous tree, which can provide additional protection from too much sunlight.

What Type of Soil Do Bleeding Hearts Prefer?

Bleeding hearts prefer moist soil that is slightly acidic. Drainage is key to the success of these plants, so use loam or compost to aerate the soil. It is important that the soil drains well to avoid root rot.

Bleeding hearts are toxic if ingested, so plant these perennials with care. It is also a good idea to wear gloves when handling bleeding hearts to avoid skin irritation. Use caution around animals-if you have a pet that loves to dig, plant these in an inaccessible area.

These plants do not require pruning like a shrub or wooded plant, and will die back in fall. You can cut the plants back after the foliage begins to fade post-bloom.

What Common Diseases and Pests are Bleeding Hearts Prone To?

Like other shady plants, bleeding hearts can suffer from powdery mildew, root rot, and leaf spots. Drainage is important for bleeding hearts, as adequate drainage will keep your plants from becoming waterlogged. Be sure to also keep an eye out for pests like aphids, slugs, and snails. Neem oil is a great way to fight off bugs, and snail bait can kill slugs and snails.
x
Opens a dialog